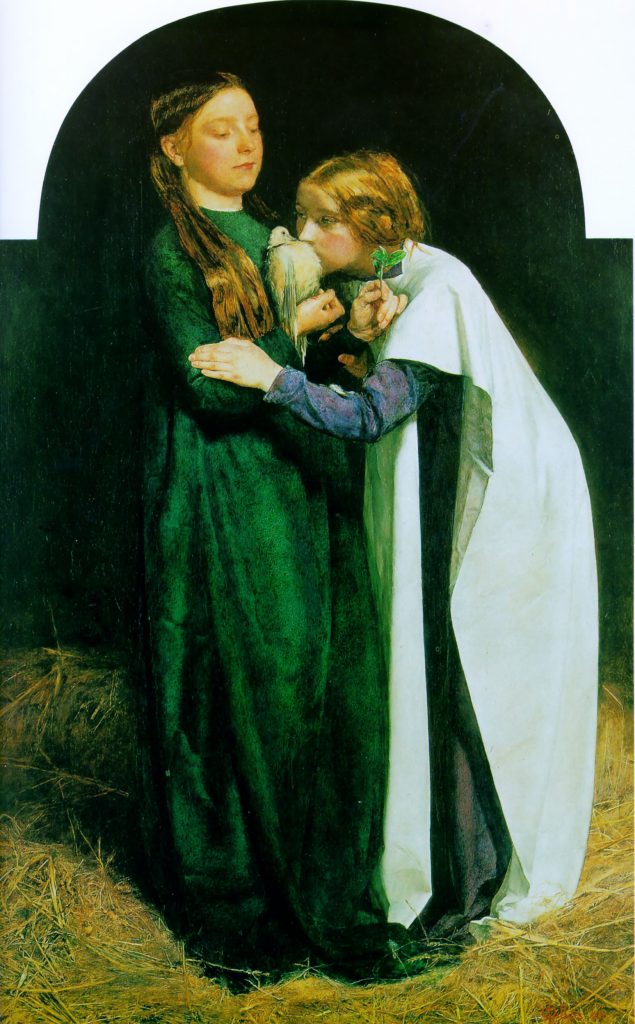 The Return of the Dove to the Ark which now hangs in the Ashmolean Museum, Oxford, was the work of Sir John Everett Millais. It depicts Noah’s two daughters-in-law. The dove has brought back an olive branch, a sign that the floodwaters are abating and that their family has been saved.
When this painting was first exhibited in 1851, Millais was taken by surprise at the enthusiasm of Catholics. Coming just after the restoration of the English hierarchy, the painting seemed to them to be an allegory of England’s return to the true Faith.
The brightness of the girls contrasts with the dark backdrop of the windowless Ark. Notice how differently the two of them respond to the sign of hope: one embraces the dove thankfully; the other views the olive sprig with scepticism.

To which of the two figures do you most relate?