The year 2020 brought with it a significant anniversary for environmentalists around the world, as fifty years had passed since the celebration of the first Earth Day in 1970. This golden anniversary was accompanied by the five year anniversary of Pope Francis’ Laudato Si’: On Care for our Common Home, an encyclical letter that meets issues of global warming and environmental catastrophe head-on and calls for an urgent and all-encompassing global response to issues that have long been in need of serious attention. As such, 2020 presented an opportunity to not only celebrate the environmental progress we have made in the last half century, but to reflect on and rededicate ourselves to the work that still needs to be done.

That, anyway, was how things looked back in January. By March, however, the Covid-19 pandemic had taken hold worldwide, effectively putting an end to, or at least significantly transforming, celebrations of any kind. Yes, Earth Day still took place in April, but it was a largely subdued affair, confined at best to virtual gatherings, and certainly lacking in the fanfare or attention that it might have otherwise received. And yet, the present crisis may bring about a much-needed change in perspective that connects in essential ways to the primary message of Laudato Si’. In early April, Pope Francis reminded us that “This is not humanity’s first plague,” and while the others have become “mere anecdotes,” we might take this opportunity to learn from our shared past and reassess the ways we approach, not only the peril that we now face, but our collective futures as well.[1] In the same address, Francis quotes a famous line from Virgil’s Aeneid: “Perhaps one day it will be good to remember these things too.” In this spirit, we might challenge ourselves to take the teachings of Laudato Si’ more seriously with a shared purpose that looks to enact real and significant global change.

See more of this article on Mercy World website.

This year’s National Justice and Peace Network Conference at Swanwick has the theme 2020 Vision: Action for life on Earth. The conference will explore the idea of Ecological Conversion- a key idea of Pope Francis’s encyclical Laudato Si. How we change how we live in order to preserve our planet is a key issue for this comng decade. Liturgy will be led by Marty Haugen and the Conference will be chaired by Christine Allen, Director of CAFOD.17th- 19th July2020. Details from National Justice and Peace network 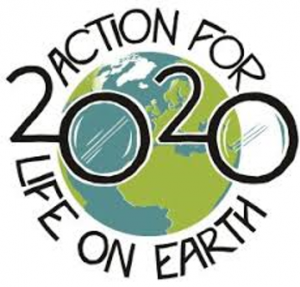 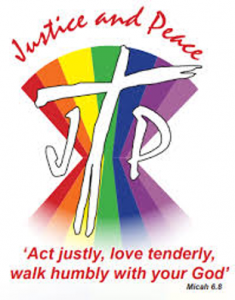